Ajmer: In an exceptional case a father has filed a petition with the Consumer Disputes Commission, Ajmer over Cadbury Mondelez India Foods Private Limited’s advertisement.

A lawyer by profession Amit Gandhi, has filed a complaint with the consumer commission and has asked for a ban on the advertisement as against Indian culture and morality. Following which the Consumer Commission has issued a notice to the company and summoned the reply by May 4.

One day Amit Gandhi had asked his 6-year-old son to give medicines to his grandfather, when the child replied by quoting the ad that, “Dad… even by doing nothing we can help people and save their lives.” The father-cum-lawyer couldn’t understand the relevance until his son showed him the video ad of the company. 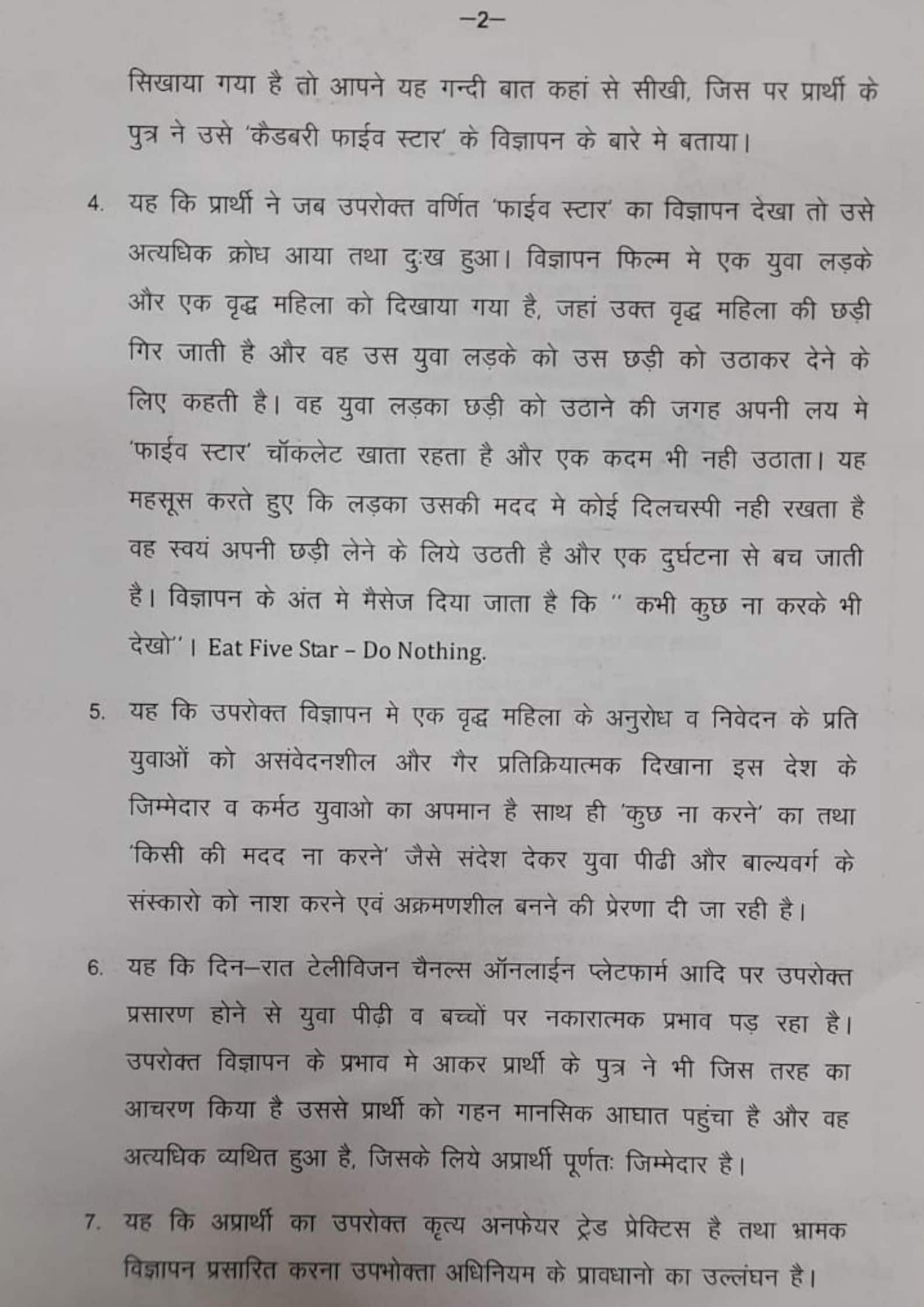 This was the incident which triggered the plea. Amit Gandhi in the petition stated that the advertisement shows the boy being insensitive to the old woman’s request. The lawyer believes that this kind of advertising leads to a wrong message in society. A message like doing nothing and not helping anyone is being delivered from the script.

The father not only asked for the compensation of Rs 5 lakhs but also urged the commission to take down the advertisement from televisions and even social media websites.