New Delhi: Captive elephants including semi-wild ones at the Theppakadu Elephant Camp in Mudumalai Tiger reserve have undergone precautionary tests for COVID-19 on Tuesday (June 8, 2021), as per instructions from the Tamil Nadu Forest Minister.

Testing of the captive, semi-wild elephants comes few days after nine of 11 lions at the Arignar Anna Zoological Park (AAZP) near Chennai tested positive for coronavirus.

A lioness among the pack of 11 captive lions had also succumbed to the virus at the zoo in Vandalur near Chennai. 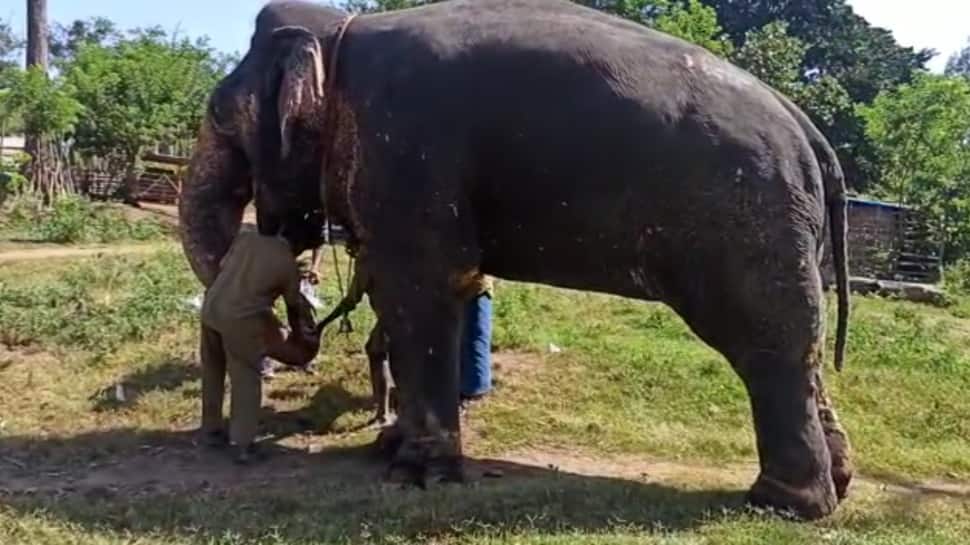 When asked if the captive elephants showed any symptoms, the official told Zee Media that there were no symptoms so far and that this was a precautionary test.

Theppakadu elephant camp is among the oldest in the country and was established in 1927. The camp and the Mudumalai Tiger reserve are run by the Tamil Nadu Forest Department. It is also a home to a wide variety of flora and fauna.

Animals such as tiger, leopard, Indian Gaur (bison) and sloth bear can also be seen here.

However, owing to the ongoing lockdown in Tamil Nadu, all tourist destinations including Mudumalai are closed.