MUMBAI: Kareena Kapoor, who is expecting her second child soon with husband Saif Ali Khan, recently attended the fourth birthday bash of filmmaker and good friend Karan Johar’s twins Yash and Roohi. A heavily pregnant Kareena, who is expected to deliver as soon as next week, made a glowing appearance and looked every inch radiant in pastel green flowy dress.

The pregnancy glow is unmissable on Kareena’s face as she attended the bash with her son Taimur. Other B-town celebs who attended the party included Gauri Khan’s son AbRam, Neha Dhupia and Angad Bedi with daughter Mehr, Rani Mukerji with daughter Adira, Ekta Kapoor and son Ravie, Tusshar Kapoor with son Laksshya Kapoor. However, Kareena’s pregnancy glow and magnetic presence kept her in the limelight throughout the party.

Donning a casual Kaftan, Kareena was seen posing with Neha Dhupia in a sun kissed selfie. She also shared a story on her Instagram where she was seen posnig with the dad of the twins, KJo with the clever caption, “Pop!!! And ready to pop!!” 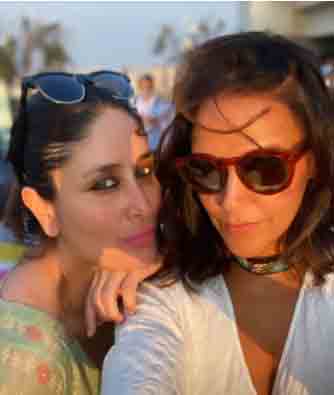 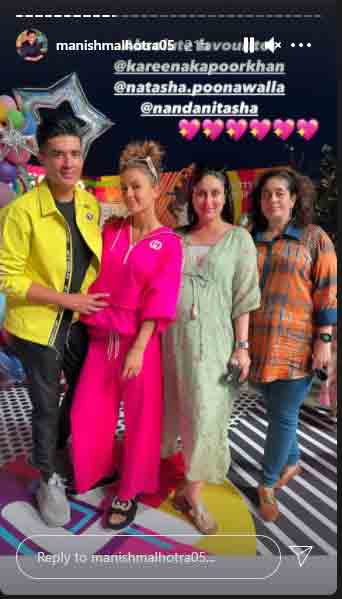 Saif and Kareena have a four-year-old son named Taimur and the duo is expecting their second child. They had released a joint statement in August last year about the same. “We are very pleased to announce that we are expecting an addition to our family. Thank you to all our well-wishers for all their love and support,” they wrote.

Although pregnant, Kareena has been in work-mode and kept herself very busy. She’s been doing brand campaigns and focussing on her radio talk show ‘What Women Want’ where she interviews Bollywood celebs. She recently made headlines after she shares photos of herself promoting sporting yogawear which won her fans’ and friends’ hearts. She has often been declared the ‘Coolest mom in town’ by social media users.