The temple management has issued an advisory directing the devotees not to come to the temple wearing short dresses.

A placard placed outside the temple premises read: Brother and sisters coming to the temple wearing short dresses and Bermudas will not be allowed to enter the temple complex. Wearing a mask is also mandatory for entry inside the vicinity of the temple and the darshan of the presiding deity.

Those coming to the temple wearing short dresses will have to cover their bodies by wearing a yellow coloured rob (pitambari), the temple trust said. The decision to this effect was taken by the temple trust in view of the alarming rise in COVID-19 cases across the state and the country.

In order to prevent the spread of the COVID-19 pandemic, the trust also made wearing masks or face cover mandatory for the devotees. The Shamlaji temple is dedicated to Lord Vishnu. The sanctum sanctorum of the temple has a black coloured statue of the deity.

According to the official website of the temple, the Shamlaji temple stands on the banks of the river Meshwo. Sakshi Gopal or Gadadhar is a black representation of Lord Vishnu worshipped at the Shamlaji Temple. 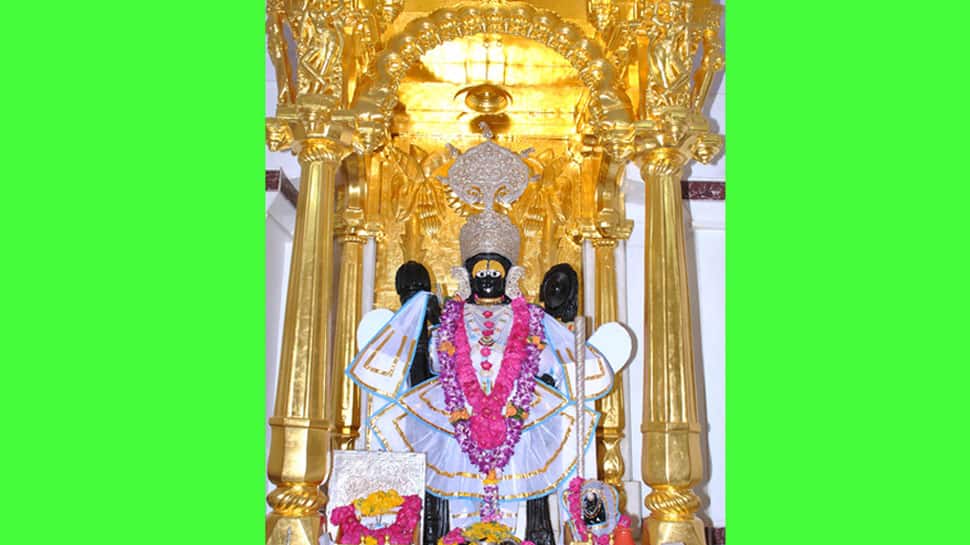 This is one of the rare temples of Lord Krishna in which cow idols are also worshipped depicting his childhood as a cowherd. For the ‘Vaishnavites,’ Shamlaji is one of the hundred and fifty-four most important places of pilgrimage in India.

It is believed that this shrine has existed for at least 500 years. Built of white sandstone and bricks, it has two storeys supported on rows of pillars. It is profusely carved and episodes from sacred epics of the Ramayana and Mahabharata are engraved on the outer walls.

Its beautiful domed ceilings and a traditional north Indian spire over the main shrine add to the magnificence of its open courtyard accompanied by the carving of a life-size elephant.