Kolkata: 43 MLAs of Trinamool Congress (TMC) will take the oath as ministers in Mamata Banerjee’s Cabinet in West Bengal on Monday (May 10).

The swearing-in ceremony of ministers in West Bengal will be held tomorrow and the list of the Cabinet of Ministers has already been released.

A host of party leaders like Aroop Biswas, Firhad Hakim, Subrata Mukherjee and Arup Roy have been added to the list. Out of the 43, 24 will be Cabinet ministers and 19 will be Ministers of state.

The West Bengal Cabinet has 44 berths which means each minister will have a single portfolio allocated to him/her, including CM Mamata Banerjee. 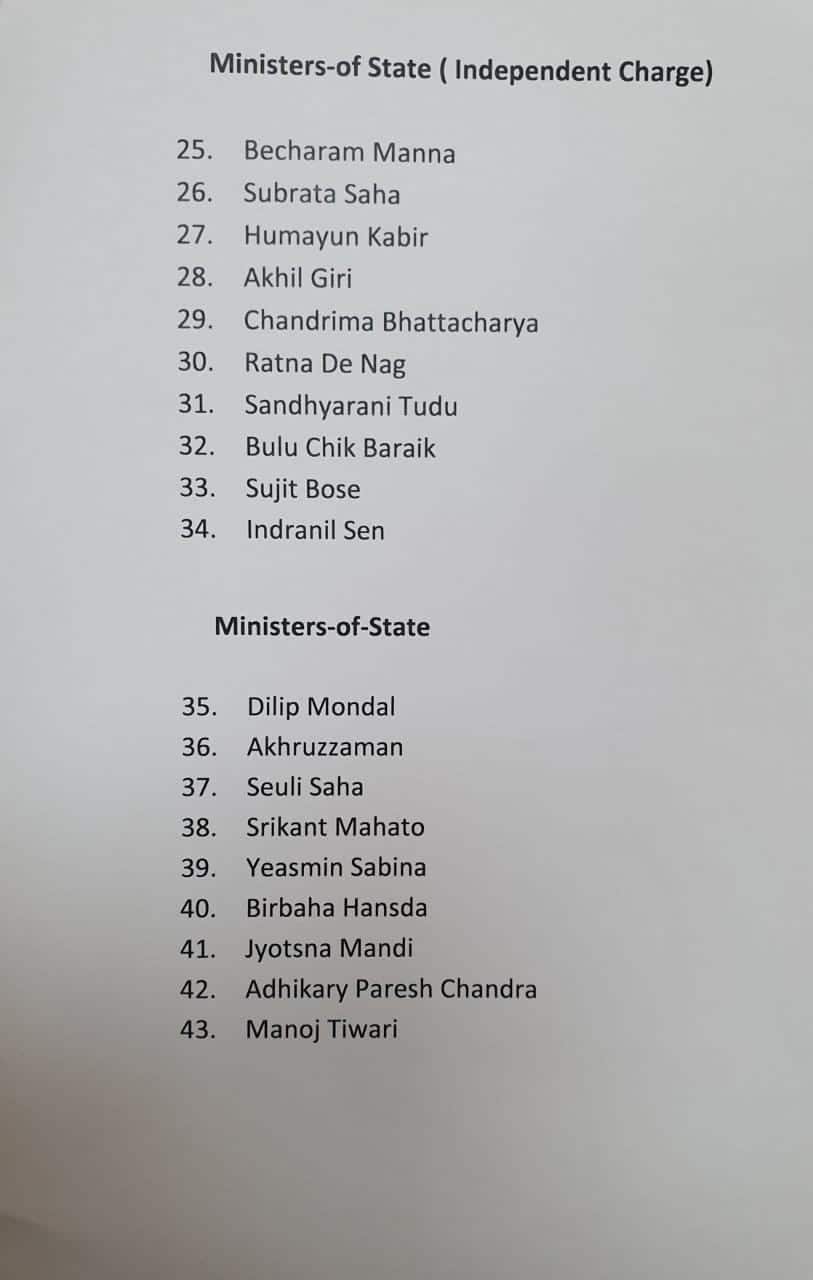 TMC leader Biman Banerjee was elected as Speaker of West Bengal Legislative Assembly for the third consecutive time today (May 9).

West Bengal witnessed a fierce contest between the ruling TMC and BJP across eight phases of the Assembly elections.

The Bengal Governor in his statement mentions that “premise of the sanction as indicated is that these persons at the relevant point of time of commission of crime were holding the position of ministers in Bengal govt”.

Sources in CBI said that the sanction was sought from Governor in January, but he accorded the same three days back.